A Grab for Handling Rocks will be used for placing rocks, dumping rocks, dredging rocks or charging and discharging of rocks. Also The Grab Specialist manufactures grabs which can handle a mixture of rocks in combinations with dredging sand and clay. Depending on the size and weight of the rocks that will be handled, these grabs can be executed with interchangeable or integrated tooth points and in different shell executions and also other options. Also the weight and execution of the Grabs for Handling Rocks depend on the size and weight of the rocks which will be handled with the grab and at what depth you will operate with the grab (if operating submerged).  The Grab Specialist customizes her grabs for the required application.

The Grab Specialist manufactures the following types of operation:

For Hydraulic Machines or Excavators. Or to hook on a crane with only 1 Single hook on for example a barge, the grab is than to be operated with a separate Hydraulic Power Unit (HPU) with Hose Reel and Hoses, which The Grab Specialist B.V. does also supply.

For Backhoe Dredgers / Excavators. These buckets will be mounted

directly to the stick of the machine.

For Cranes with only 1 Single hook. The cranes should be equipped with accessories for operation of these grabs. 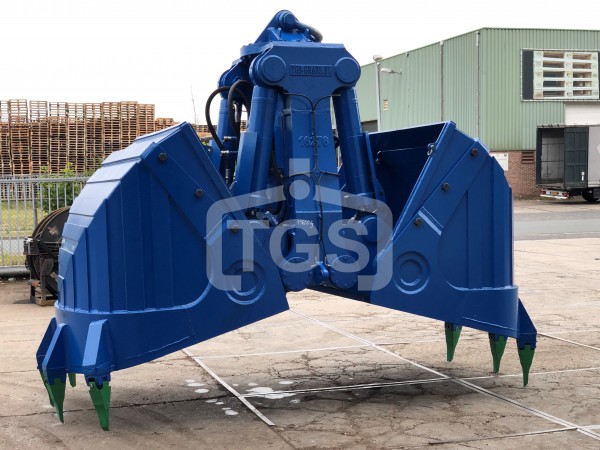 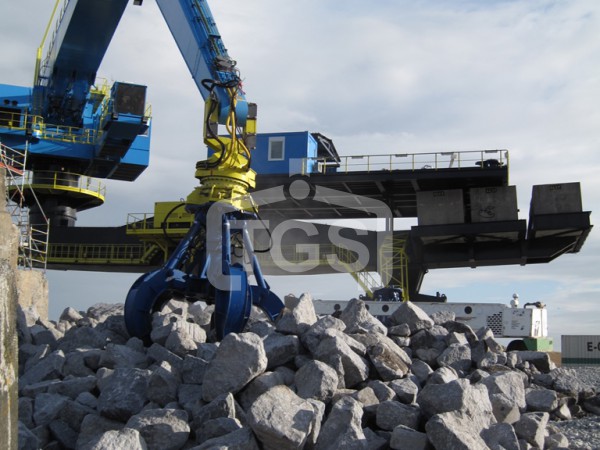 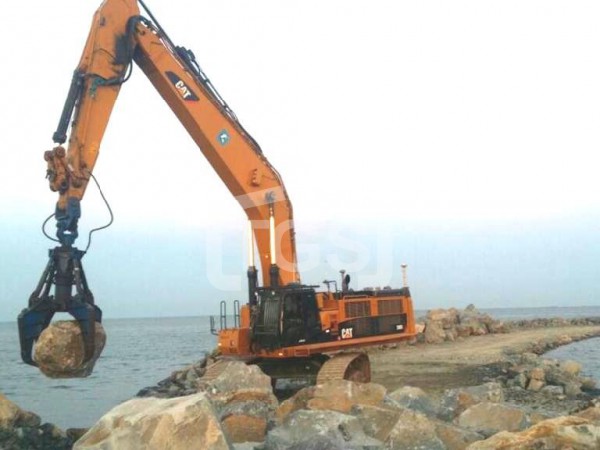 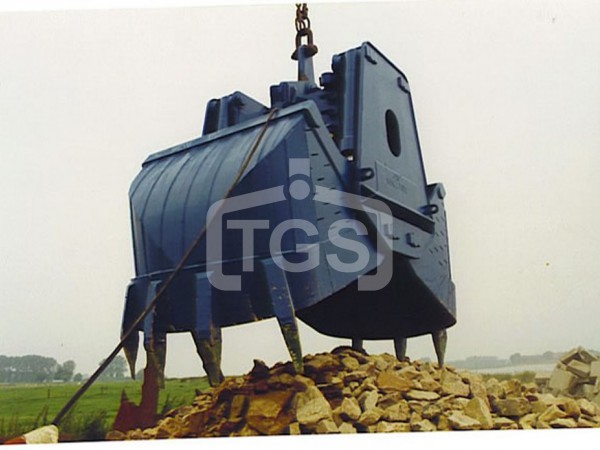 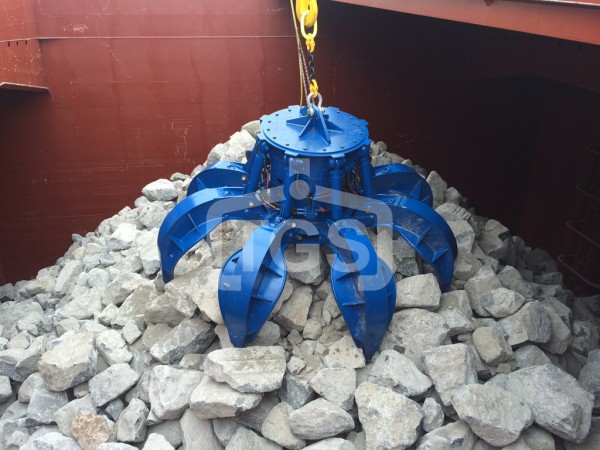 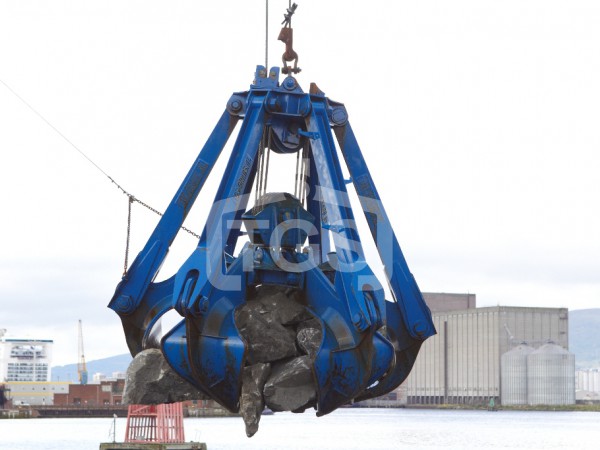 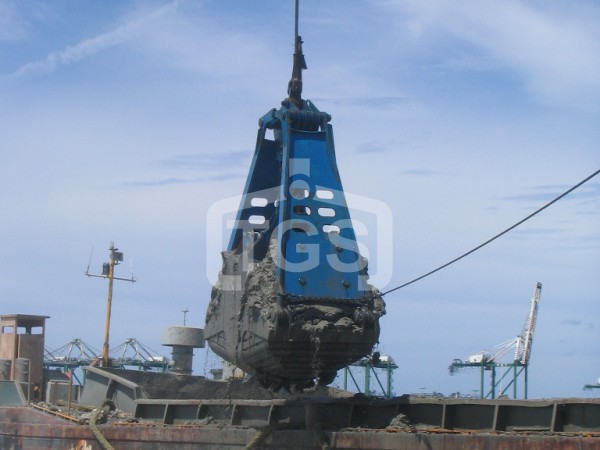 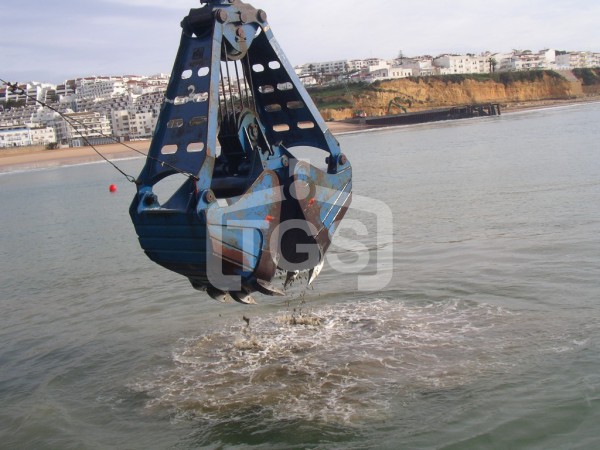 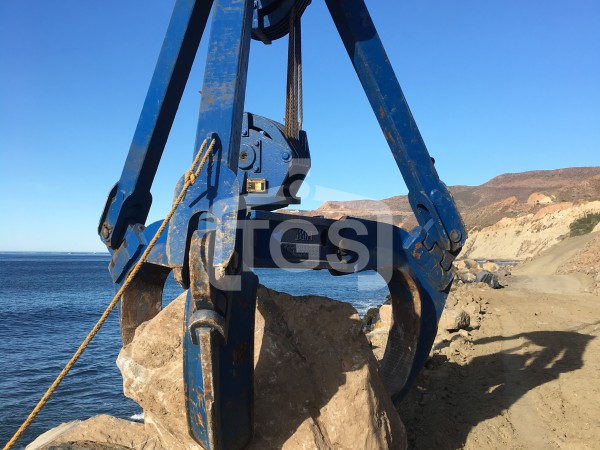 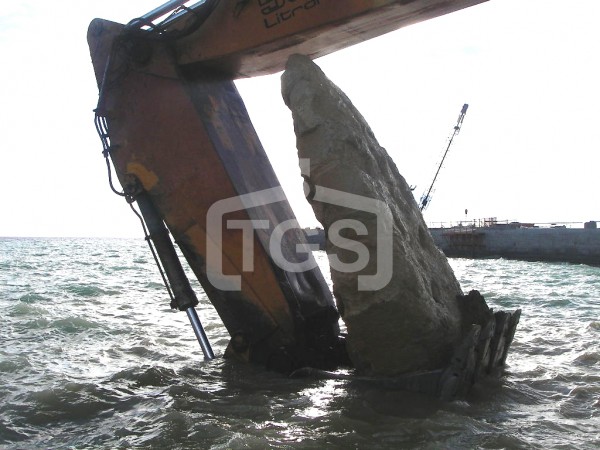 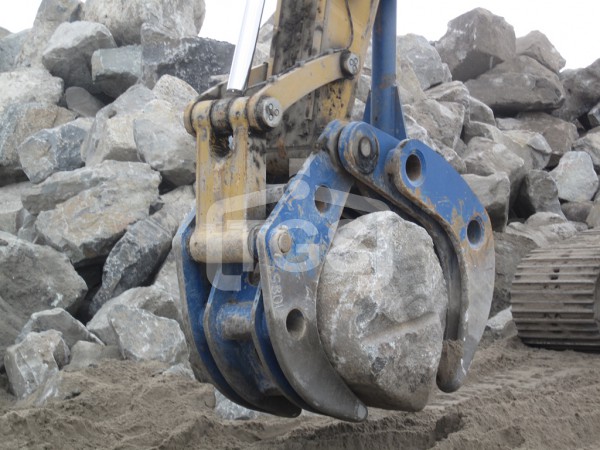 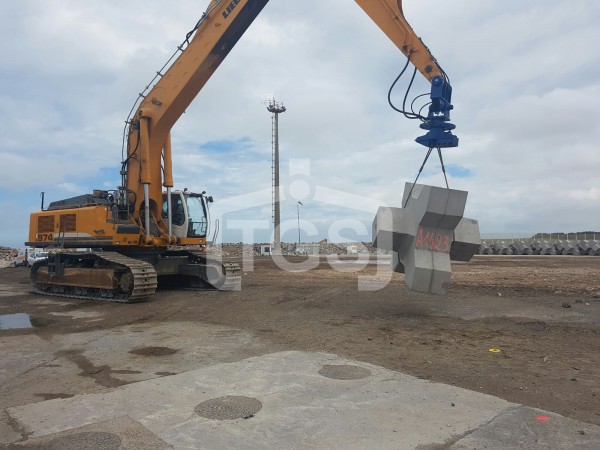